The year was 2013 when Savannah and I first met. Unlike the traditional methods used to foster new friendships, Savannah and I connected on the now defunct social network, Vine. If you are unfamiliar with Vine, it was a Twitter-owned social network where users shared 6-second looping video clips. Some users shared raw slices of their personal life while others leveraged the platform to showcase their creative talents.

I was a popular content creator at the time who enjoyed showcasing my stop-motion videos on the social network. My 6-second loops were viewed by millions and shared by thousands, including mainstream celebrities such as Eric Stonestreet (Modern Family) and Joe Jonas (Jonas Brothers). Savannah was a content consumer who often watched loops that included music, comedy, and fur babies. On occasion, she shared her own clips, but preferred viewing Vines of interest. Although we were on opposite sides of the content divide there was a common denominator that sparked our conversations – our love of dogs.

END_OF_DOCUMENT_TOKEN_TO_BE_REPLACED

On Tuesday, May 11, 2010 at approximately 8:30 p.m., I joined all my family and friends on Facebook. This wasn’t the first time I joined the social network, however. In fact, the very first time I joined Facebook was back in July 2005 along with a couple of my college buddies – Eric and Coby. At that time it was called “The Facebook” and was only available to the college crowd. It wasn’t until a few months after I joined that the social network dropped “The” from its name and changed it to simply “Facebook.”

When I first joined the social network not much was going on as you can imagine. Facebook was still in its infancy and wasn’t well polished. It lacked all the bells and whistles we see today. For example, there wasn’t a news feed, photo or video uploads, chat, vanity URLs, Like or Share buttons, smartphone apps, games, and privacy settings were weak. In a nutshell, we had a Wall. That was our excitement on Facebook.

END_OF_DOCUMENT_TOKEN_TO_BE_REPLACED 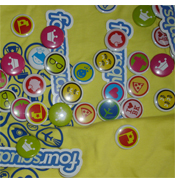 There really isn’t much to write about in this particular post other than I recently received some Foursquare “swag.” About a week ago I asked Dennis Crowley for some branded merchandise so I could help promote the company when I’m in Atlanta. Promote. Foursquare. Atlanta. Awesome. That’s pretty much how the chat went between us.

Shortly after our chat Dennis was nice enough to hook me up by shipping out some stuff so I could pass it around inside my circle of friends as well as share it with potential “Foursquare-ers.” I’ll be keeping a few items for myself of course.

END_OF_DOCUMENT_TOKEN_TO_BE_REPLACED 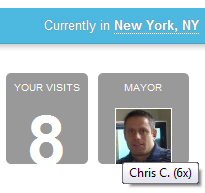 Recently there has been a lot of confusion about how mayorships are awarded on Foursquare. Hopefully this blog post will help clear up some of the confusion and provide users with a better understanding of how mayorship battles are won.