The billboard that reads “Make Her Quit” is located across the street from the pawn shop and was featured in a 2013 episode where Ashley’s brother, Seth, purchased the billboard space for a marketing campaign in hopes to bring in more business. Unfortunately, it was at Ashley’s expense. 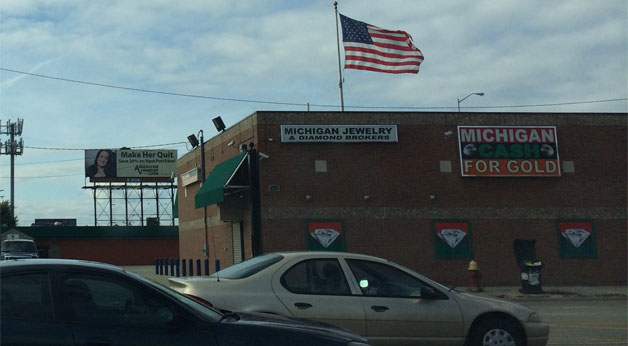 The screen capture below was taken from the aforementioned episode that introduced the billboard to its viewers. You can watch the scene here: Hardcore Pawn: Ashley Quit 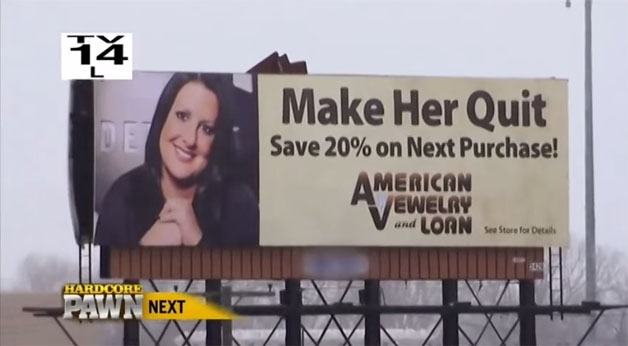 We took this photo as we approached the building from Greenfield Road. 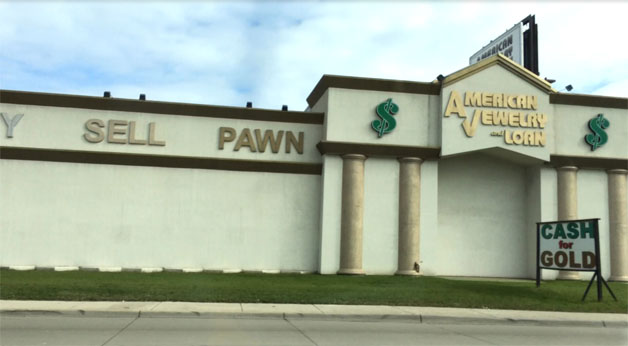