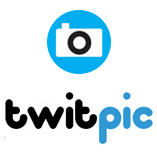 Although TwitPic did not mention any other changes in their tweet, I noticed several cosmetic changes when I visited their site earlier this evening. Some of the changes help with the overall appearance of the site while others eliminate features.

So what’s new in TwitPic?

Rotate Photo/View Full Size – Users now have to hover over a photo to trigger an overlay that will allow them to rotate the photo and view the full size. While this is not a new feature, it gives the interface a cleaner look and adds a little style.

Colors – While the colors have not changed, they have been used differently.

What has been removed in TwitPic?

Additional Photos – TwitPic no longer allows thumbnail images that are in your TwitPic gallery to be displayed in the right side column. In the previous version of the site this was located under the advertisement space and titled “ More photos by….”

Report Image – There is no longer an option to report an image.

Text Under Logo – The text “Share photos on Twitter” that was located directly under the TwitPic logo has been removed.

Since TwitPic did not mention the cosmetic changes on their blog or Twitter it’s unclear if there are more changes coming. Nonetheless, I personally like some of the changes I’ve seen thus far, but it’s important for TwitPic to stay competitive with other photo sharing services because as it stands now they are lacking a lot of the features other services possess. Removing the additional photos thumbnail view from the right side column did not help their situation in the “features” department either.

While I was sitting here getting ready to close this out I started thinking to myself… “So why did TwitPic decide now would be a good time to make changes to the site?” Did they want to implement new features that would give it more of an appeal just in case Twitter starts shopping around in the photo sharing service market? Perhaps a deal is already in the works and they want to have all their ducks in a row when the acquisition is announced? Whatever the reason, it doesn’t change the fact that we’re beginning to see a pattern here and everything seems to be pointing to an acquisition. 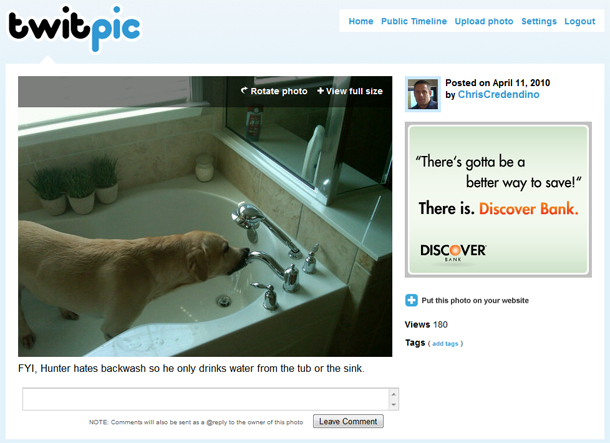 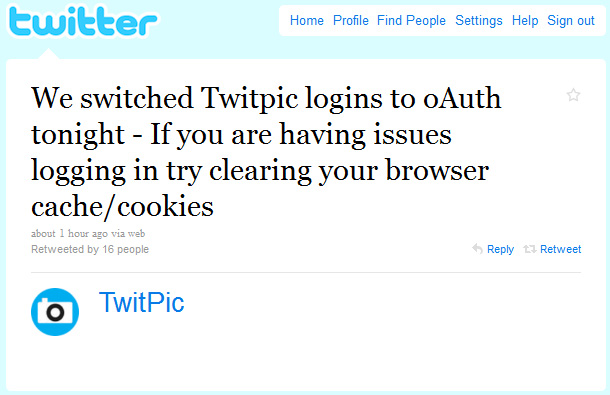