HubSpot, the company that created Twitter Grader, has launched their latest tool, Square Grader. The tool simply analyzes your usage on the location-based social media site, Foursquare, and gives you a grade and rank based on comparison to other Foursquare users who have already been graded. Since Square Grader is still in its early development stage, it might take several weeks or perhaps months before the database grows and has a large enough sample to make the grade and rank accurate. Although this tool is for amusement purposes only, let’s take a quick look how the grades are generated.

It is rare for a company to publicly discuss their algorithm details simply because there are people out there who are always trying to game the system. However, according to HubSpot Co-Founder, Dharmesh Shah, Square Grader uses several algorithm factors when measuring your Foursquare grade. Although Dharmesh did not go into detail about the priority or weight of each factor, he did mention some of the factors that are taken into account when measuring your grade.

END_OF_DOCUMENT_TOKEN_TO_BE_REPLACED 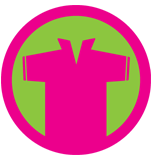 When Foursquare launched their location-based service back in 2009 there was one particular badge that received a lot of attention, the “Douchebag” badge. While some users thought the badge was funny, others felt the badge was offensive and did their best to avoid unlocking it. Although it is outside the scope of this article, you can read more about the “Douchebag Problem” at TechCrunch.

Regardless how you feel about the badge, if you unlocked the Douchebag badge or any other badge and want it removed from your profile you’re in luck.

END_OF_DOCUMENT_TOKEN_TO_BE_REPLACED 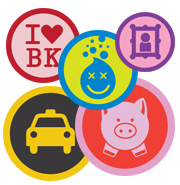 One of the Foursquare gaming elements that seems to attract a lot of attention is the plethora of badges users can unlock. Badges are awarded to users for doing all sorts of things. For example, users can unlock badges for visiting certain venues, attending certain events, accomplishing certain tasks, being consistent with their travel habits, and so much more.

Since the location-based service launched last year, the Foursquare team has been rolling out badges based on their own ideas. However, the company has always encouraged its users to submit their badge suggestions so they can get an idea of what badges are of interest to Foursquare users.

END_OF_DOCUMENT_TOKEN_TO_BE_REPLACED

Early this morning I was discussing Foursquare privacy and security issues with a friend of mine on Twitter and shortly after our discussion she received a tweet from @PleaseRobMe that read, “Hi @dulcita518, your name just showed up on our website. Please read the why section!” After visiting their Twitter page and following a link in their profile, I found myself on their Web site PleaseRobMe.com. It turns out that the Web site launched today and while on the surface the site appears to be advocating burglaries, it is actually trying to bring some awareness to the risks involved when people use location-based social media services like Foursquare, Gowalla, Loopt, and others.

END_OF_DOCUMENT_TOKEN_TO_BE_REPLACED 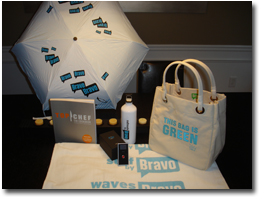 Last week I mentioned I was contacted by Foursquare and Bravo TV informing me I had just won a gift for being one of the first 10 Foursquare users to check-in to a bravo tagged venue and unlock the Bravo Newbie Badge. Today I received my gift from Bravo and as promised I thought I would share it with everyone. Prior to receiving the gift, I was under the impression I would be receiving one small gift, but it was actually several gifts.

When I opened the large box, the first thing I noticed was a nice size Top Chef Grocery Tote embroidered with “THIS BAG IS GREEN.” At first I thought that was the gift, but as I looked inside the tote I saw several items such as a Beach Towel, H2Go Water bottle, Umbrella, Top Chef Cookbook, and a Flip Video Mino. I might have to regift or perhaps pass along the umbrella and grocery tote since those two items do not really fit in with my style.