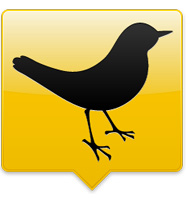 Although I’m not an iPhone user, I had the luxury of playing around with TweetDeck for iPhone and I believe it trumps any other social media app available for iPhone. Unfortunately, BlackBerry users have not had the luxury of enjoying the TweetDeck experience, but hopefully that will change shortly.

According to a tweet posted to TweetDeck’s Twitter account this morning, a TweetDeck app is in the works and should be coming to both Blackberry and Android devices. TweetDeck did not release a timeframe for when the app will be available, so it is unclear what stage of the development process they are in at this point. Nonetheless, if the app is anything like their iPhone app or Desktop client, it might just end up being one of the best apps available for the BlackBerry yet.