Posing with the Stella’s Roadhouse Signs
While the round Stella’s sign was replaced with the Heavy’s Bar-B-Q sign after filming ended, the second Stella’s sign was attached to the front wall of the building where it lives today. The owner’s of Heavy’s actually kept the sign turned on for a short while post filming, but after several people were frequenting the establishment thinking it was a real roadhouse they thought it was best to turn it off for good. True story!

Here’s a photo of Savannah next to the Stella’s Roadhouse sign that stood tall on the pole in front of the establishment. 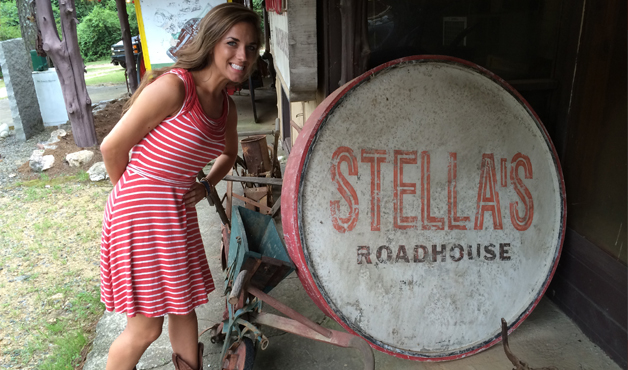 That’s me standing next to the other Stella’s Roadhouse sign that was mounted on the roof of the building. 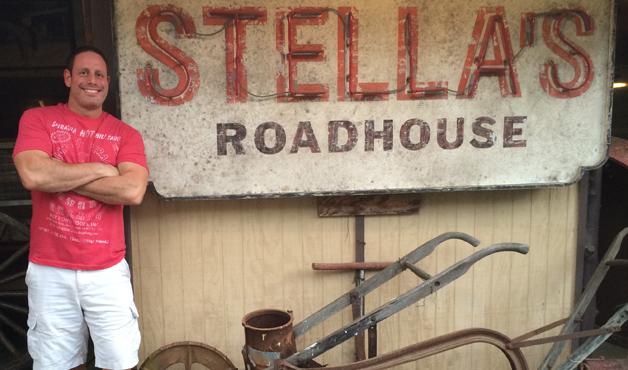