Behind the Scenes Photos: Stella’s Roadhouse (Heavy’s Bar-B-Q)
Here are some behind-the-scenes photos of the cast that were taken around Crawfordville, Georgia during filming.

Here’s a photo of Reese Witherspoon and Patrick Dempsey chatting inside Heavy’s Bar-B-Q during takes. Notice the Coca-Cola clock hanging on the wall behind Reese. This clock was actually one of the few decorations that was owned by Heavy’s and made it into the movie.

If you don’t remember seeing Reese Witherspoon wearing this outfit in any of the Stella’s bar scenes that’s because the editors cut it out of the film. It was actually a great scene, in my opinion. Nonetheless, you can watch the scene via the Bonus Materials section on the DVD.

Take a look at the movie capture of the deleted scene below to see another shot of the clock. 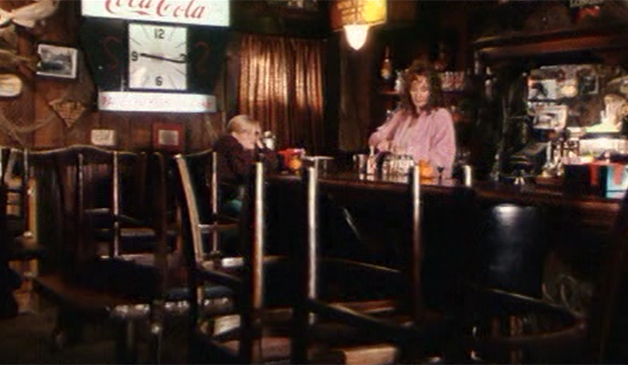 Here’s a shot of the clock today, hanging in the same position. It might be difficult to see, but the fiberglass fish mounted on the wall can also be seen in the two photos above. 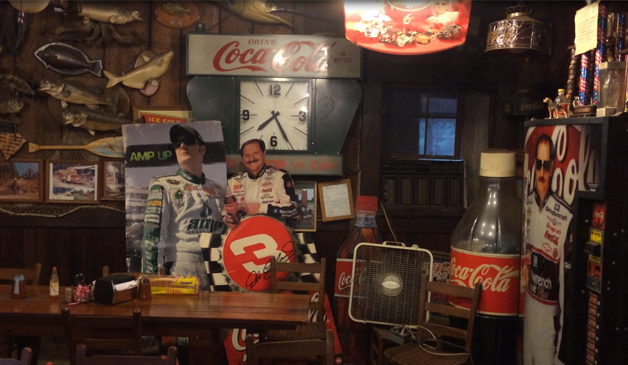