General Lee Jumps Down Hill in Opening Credits
This is the filming location where the General Lee jumps down the hill chasing Cooter in the stolen police cruiser in the opening credits of the show. This scene was captured from the first episode.

Although this was the very first on-screen jump for the General Lee in The Dukes of Hazzard series, LEE 2 was the General Lee used in this jump. This was also the first jump performed by stunt driver, Craig R. Baxley. 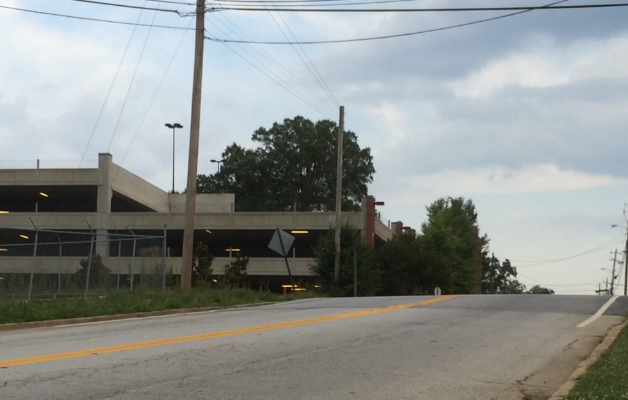