The Duke Farmhouse
The Duke farmhouse, otherwise known as Uncle Jesse’s Farm, was used in all five episodes. According to my research, the structure was originally a log cabin built in the early-to-mid 1800’s and was considered a historic landmark since it dated back before the Civl War. At the time film location scouts discovered the old-fashioned structure in the late 70’s the log cabin was covered with a white cladding to give it a different appearance.

Several years after filming stopped at the property, then-landowner began tearing down the farmhouse, beginning with the kitchen area. During the demolition the landowner received notice that the farmhouse had to be preserved since it was considered a Civil War structure. After receiving this information, demolition had come to a halt. However, in May 2010 the crumbling farmhouse was deemed unsafe and had to be dismantled.

The disappointing news quickly reached fans around the Web. While some fans tried to devise a plan to save the Duke farmhouse, others thought it might be worth relocating the structure so it can be renovated. Unfortunately, neither option materialized.

In mid-March 2011 a copy of an email typed by the contractor hired to dismantle the farmhouse was published to several websites. The email listed all the historic items that were available for sale along with their price tags. Some of the items included: exterior logs ($50/foot), interior boards ($15/foot), and pieces of the tin roof ($20/square foot), each of which were accompanied by certificates of authentication. Not terrible prices for pieces of both The Dukes’ and Civl War history. On April 10, 2011 the Duke farmhouse was reduced to rubble. It was gone and I’m sure it will be missed by many.

Prior to visiting the Duke Farm, Savannah and I checked out aerial shots of the location via Google Maps so we could see the farm’s current condition before we arrived. As you can see in the photo, the two chimney’s are the only pieces of the farmhouse left standing today.

Side note: The record plant we see in “Daisy’s Song” was actually located a few hundred feet up the road from the Duke farmhouse. The space is now occupied by several homes. 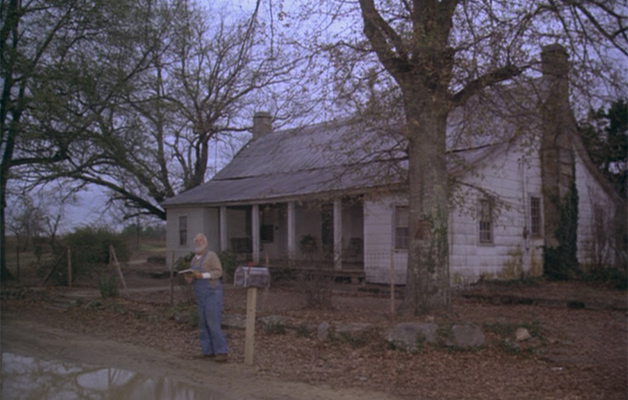 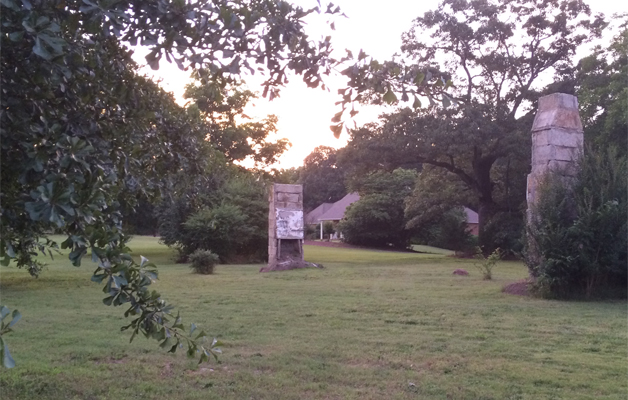