Boar’s Nest
The Boar’s Nest, which is owned by Boss Hogg, is the local watering hole in Hazzard County where the Duke boys, as well as their family and friends, gather to drink beer, eat food, and listen to music. A brawl, usually involving the Duke boys, is a common occurrence at the Nest too. Their cousin, Daisy, who works as a waitress at the bar, often engages in heel-to-toe combat with patrons who disrespect her while on the job. It’s also the spot where Boss Hogg conducts all his crooked business.

The Boar’s Nest was an actual tavern back in the day located in Oxford, Georgia. Aside from the new door installed on the far right of the building, removal of the two-door foyer at its entrance, and a new coat of paint, the exterior of the building still looks similar today as it did in the late 70’s. However, it’s no longer a tavern. At the time of this writing, it’s a Baptist church.

Here’s an interesting fact for all you “Saved by the Bell” fans. Dennis Haskins, who played Mr. Belding, can be seen briefly in the opening credits of each episode grabbing Daisy inside the Boar’s Nest as she delivers drinks to another table. This scene is captured from the first episode, “One Armed Bandits.” He also appears in two other episodes – one in 1980 and the other in 1984. 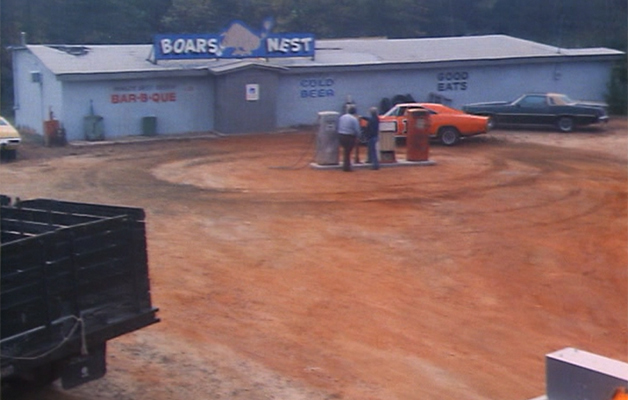 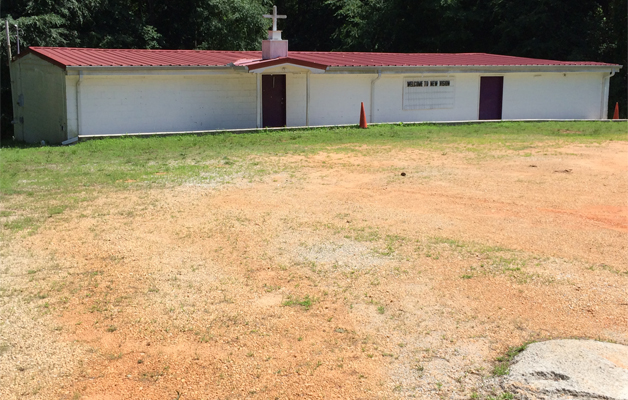 Savannah and I in front of the Boar’s Nest. 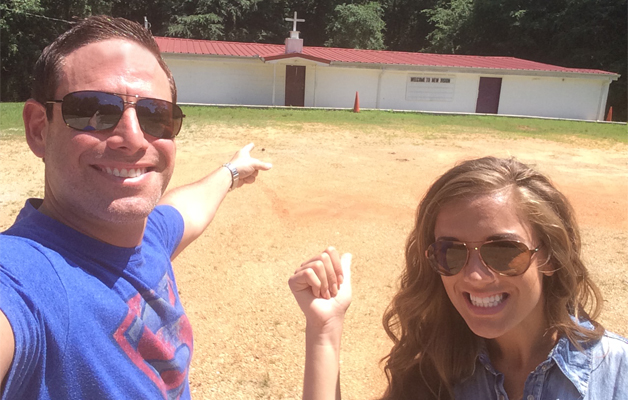