Sheridan Orphanage (real name: Zachary/Echols House)
The exterior of this house can been seen in the first episode of The Dukes of Hazzard as the Sheridan Orphanage. The home is first introduced to us when Bo delivers two bags of money to Jill Dodson in an effort to help her keep the property. In another scene, the Duke boys are chased by Rosco and Enos onto the front lawn of the property after crashing through the white fence with the General Lee. In the latter scene, take note of the banner that reads “Welcome Sheriff Roscoe.” The name “Roscoe” is actually spelled incorrectly. The correct spelling is “Rosco.”

As you can see in the photos, the appearance of the house has definitely changed over the last 35 years. Today the house sits behind a short iron fence with a well-groomed yard. As for the white property-line fence seen in the first episode, it’s no longer standing. Perhaps that’s because it was never rebuilt after the Duke boys wrecked it evading Hazzard County’s finest – aka Rosco and Enos. Other noticeable differences to the house include the removal of the railings on the rooftop deck and the black shutter treatment added to all the windows. 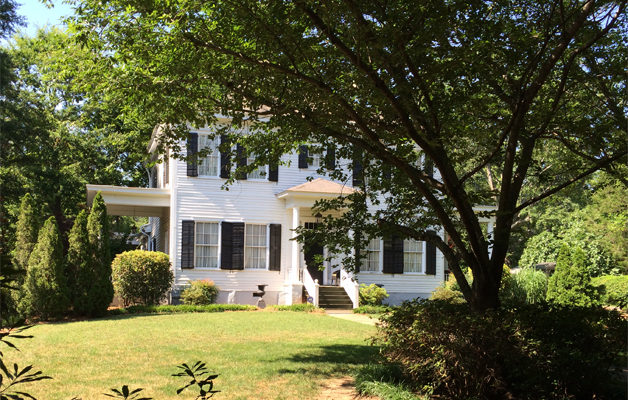