Hazzard County Courthouse (real name: Newton County Courthouse)
This is the courthouse seen in several episodes of the television series. It first made its debut in the very first episode, “One Armed Bandits” when Bo and Luke raced around Hazzard Square trying to evade Sheriff Rosco. It can also be seen in the background in the third episode, “Repo Men,” when the Duke boys discuss a repo job with Boss Hogg. The last time the courthouse can be seen is in the fifth episode, “High Octane.” 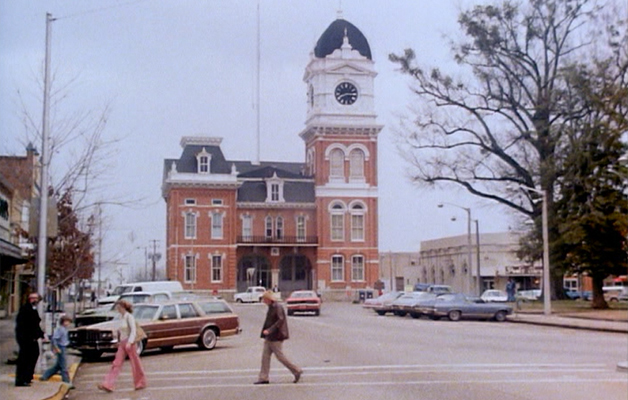 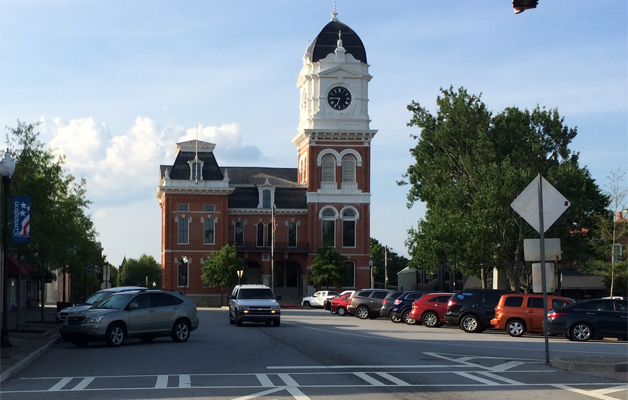