The Famous Hood Slide
The very first hood slide across the General Lee was performed by Luke behind Starr Recording Studio, which can be seen in the opening credits of the show. This scene was captured from the second episode, “Daisy’s Song.” According to Tom Wopat, who played the role of Luke Duke, the hood slide was never in the script. Instead, Luke was supposed to jump across the hood, but during the attempt his foot caught the side panel of the General Lee and the unsuccessful jump resulted in a slide. Hence, the famous hood slide was born and became Luke’s signature move in future episodes.

While performing the stunt, Tom Wopat received a cut on his right thigh caused by the radio antenna located on the front-right fender. This injury resulted in the removal of all radio antennas from future versions of the General Lee.

As for the filming location, the two buildings in the background haven’t changed much since filming, but as seen in the second photo, the area has grown a lot over the years. 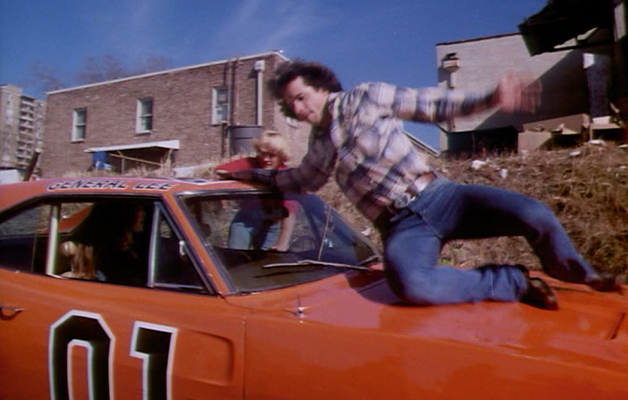 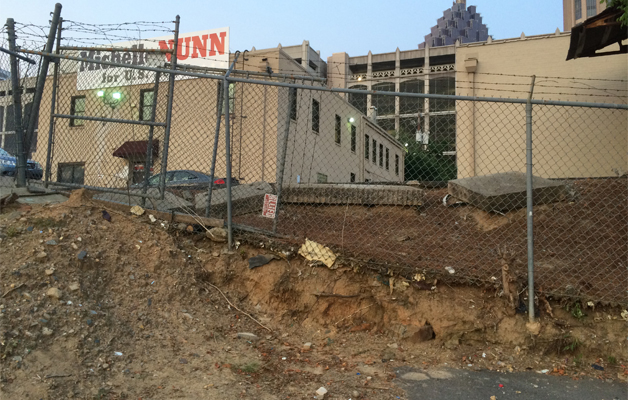