Ace’s Clean Used Car Lot (Real name: First Baptist Church)
This is the used car lot seen in the fourth episode, “Repo Men,” where Bo and Luke spot the stock car that was driven by Richard Petty and ultimately wrecked while filming a tire commercial in Hazzard County (there is no actual footage of the Richard Petty commercial, btw).

This filming location has changed considerably since 1978. Most of the buildings at this location were torn down in 1998 to make space for expanding the First Baptist Church. However, take notice of the brown building in the distance (on the left side of the photo). This building still stands today, but as you can see its color has changed. 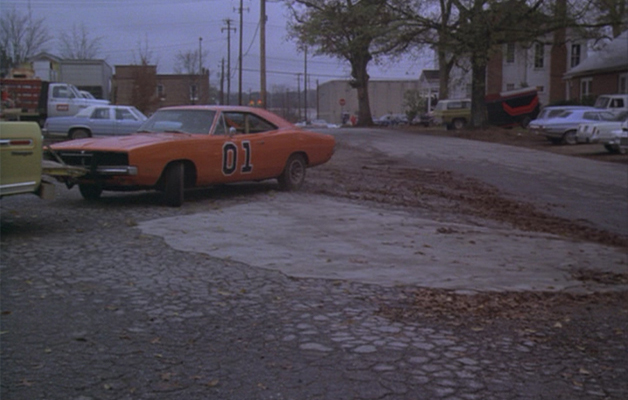 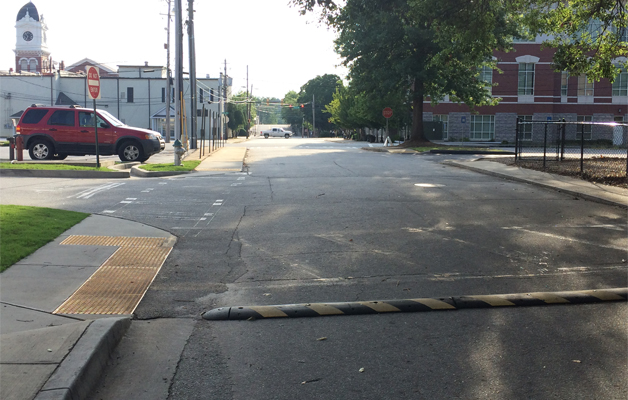 As for the stock car sitting on the lot, it was actually the General Lee that was used for the famous jump over Rosco’s police cruiser in the very first episode, “One Armed Bandits.” This is also the same jump we see in the opening credits of almost every episode.

After that awesome jump occurred, the General Lee was so badly wrecked that it couldn’t be used in future jump/driving scenes. Therefore, it was transformed into a stock car and placed on Ace’s lot as Richard Petty’s washed-up race car.

The General Lee, internally labeled “LEE 1,” was stripped of its 1969-style grill, front seats, and taillight panel and then given a fresh coast of blue-green color paint, new set of doors, and 4 gold-colored stock car wheels supplied by Petty Enterprises NASCAR driver, Pete Hamilton. The final touches included applying a #71 to both doors, as well as the roof, and then using cinder blocks to beat up the doors to give it a “banged up” appearance that would be consistent with damage typically seen when stock cars rub on the track. 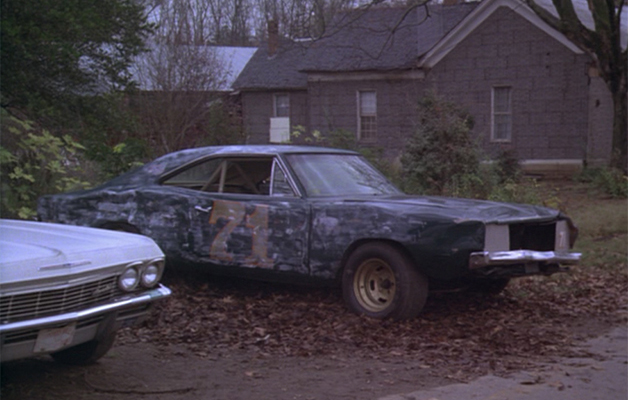