Hallway Leading to Judge Chamberlain’s Office
This exchange between Judge Chamberlain and Vinny takes place in the hallway leading to the judge’s chambers. In this scene the Judge says to Vinny in a “clear, intelligible voice,” “You’re a dead man” because he was just informed that Vinny lied about his identity.

The hallway/office is located on the top floor of the Jasper County Courthouse, only a few feet from where the phone booth was located in the scene I mentioned earlier. 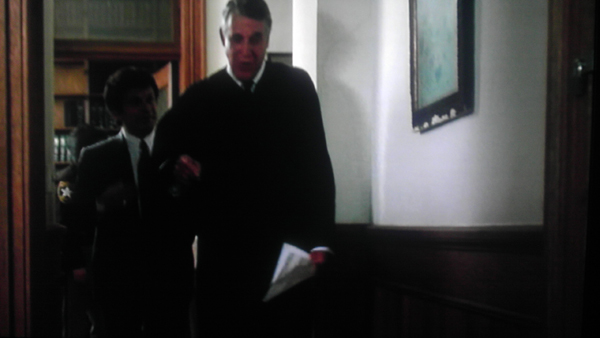