Pool and Chicken Hall (a.k.a Pool Hall)
The Pool and Chicken location, otherwise known as the “counter offer” scene, is where Vinny confronts J.T. for stiffing Lisa out of $200 she won in a pool game. Vinny is here to collect! A lot of awesome quotes can be heard at the Pool Hall. Here is one of my favorite exchanges between Vinny and J.T.:

This location didn’t look pretty in the movie and it definitely doesn’t look any prettier 20 years later. In fact, aside from the painted front doors, removal of the “Pool and Chicken” sign, and a newly brick-covered window, this location appears to be in the same condition as it was in the movie. At the time of this writing, the building is for sale. 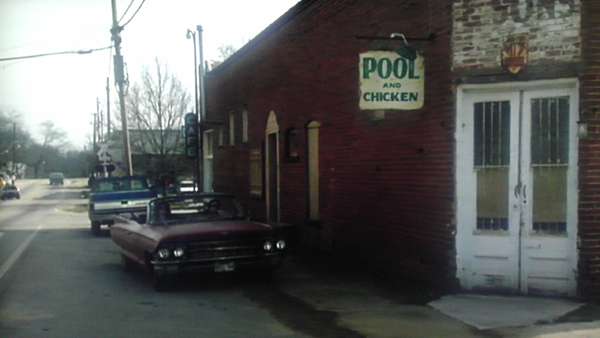 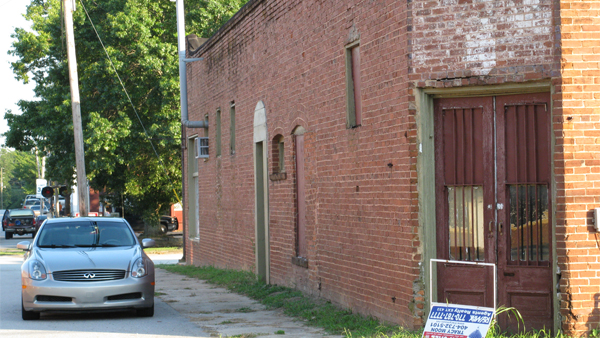 The “counter offer” scene was actually filmed inside this pool hall – not on a set. With the exception of J.T., played by Chris Ellis, all the people from this scene were locals who were asked to be extras – none were real actors. The guy who swallowed the entire chicken drumstick while sitting on the bar stool was only added to the scene after he showed off his talent to director Jonathan Lynn. 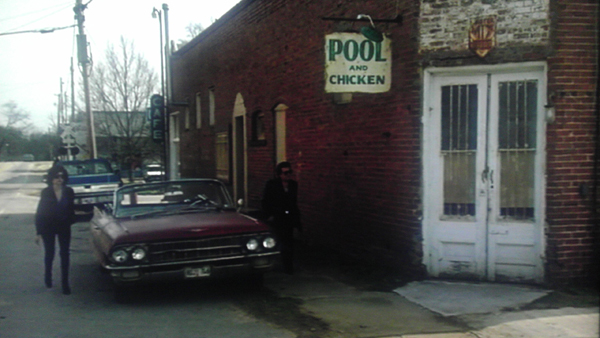 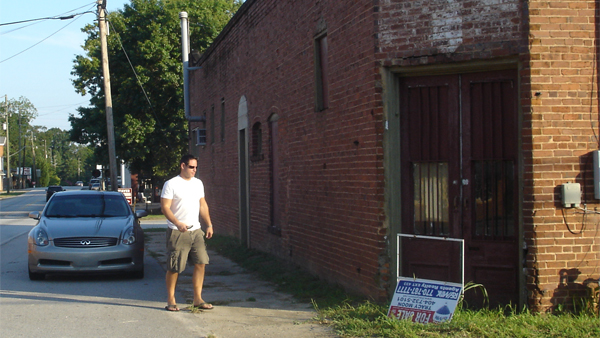