Additional Photos of the Sac-O-Suds
This scene in the opening credits of the movie is when Bill and Stan are making their way to the Sac-O-Suds convenience store. While the movie was filmed on Route 16 in the State of Georgia, the Alabama state-shaped highway shield is present in this scene of course. 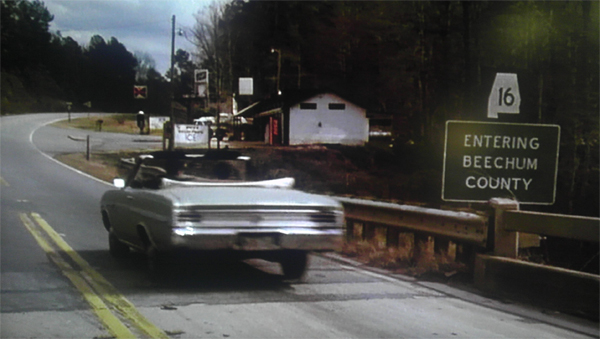 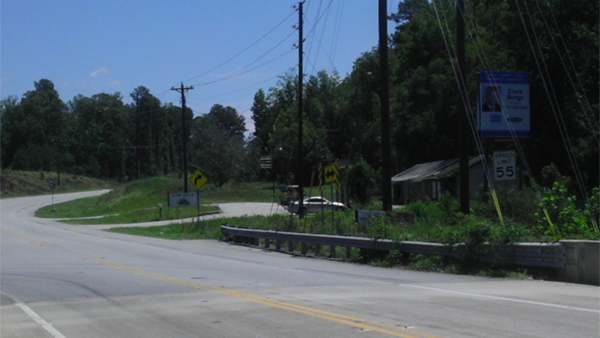 This is when Bill and Stan are leaving the Sac-O-Suds after purchasing their groceries. 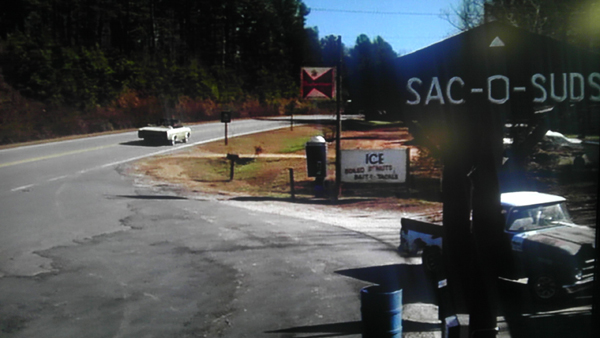 The white trailer next door to the Sac-O-Suds is where Ernie Crane had his “house and stuff.” You know, the witness who claimed he saw the murder while “looking through his dirty window, his crud covered screen, all of the trees, with all of the leaves on them, and I don’t know how many bushes.” The trailer was still standing at the time of our visit, but we decided against taking a closer look since the trailer was buried in several large trees and overgrown weeds. Well, kind of like it was in the movie. 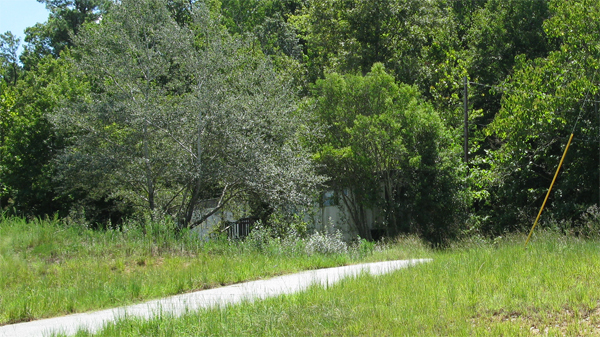