The Sheriff’s Office scenes were filmed on the top floor inside this building. The film crew built a set inside the building and it was still standing the day of our visit, according to people we spoke to about the scene. However, the building was undergoing renovations so it was closed to the public, hence, we couldn’t get inside to snap any pictures. Take a look at these photos of the Sheriff’s Office set taken in 2004: Photo 1 Photo 2, and Photo 3. 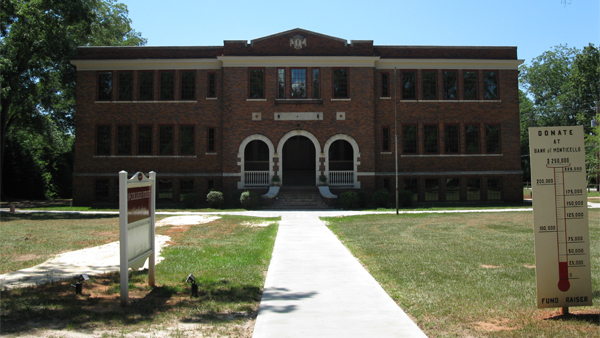