General Putnam Motel Diner
This is the diner Vinny and Lisa visited after being woken up by the 5 a.m. sawmill whistle. Yeah, this is the spot where the menu options were simply “Breakfast,” “Lunch,” and “Dinner.” Some of the most memorable quotes in the movie took place in this diner, including one of my personal favorites by Vinny:

[immediately after the cook drops a huge blob of lard on the stove] “Excuse me, you guys down here hear about the ongoing cholesterol problem in the country?”

The diner sits directly in front of the General Putnam Motel, but it is now closed for business and inside looks like it’s being used as storage space – there’s junk everywhere. The motel manager informed us that while the diner is closed for business, a large portion in the back of the building is being used by live-in residents of the motel as laundry quarters and mailboxes. She allowed us to look inside, but it honestly isn’t worth posting any of the photos.

For all you Chick-fil-A fans out there, founder, S. Truett Cathy was born in Eatonton, the name of the town where this motel and diner is located. 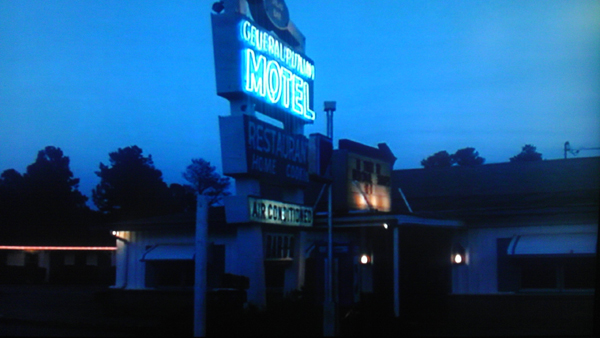 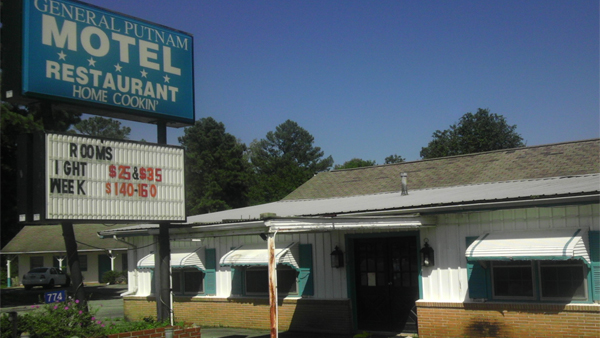 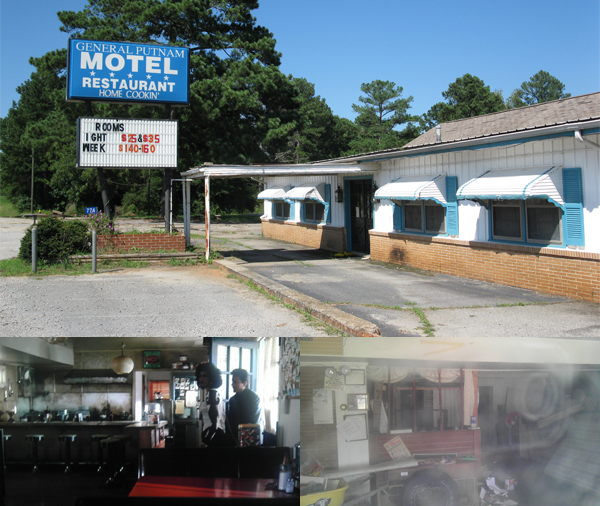