Dave’s Bar-B-Que & Seafood (new name: Dave’s BBQ & Soul Food)
Dave’s is the barbecue joint seen towards the end of the movie where Vinny and Lisa ate lunch during court recess and then got into an argument when she shared photos with Vinny in hopes that they would provide clues for his case. This is where Vinny discovered the case-cracker photo – him in the shower. Well, it turns out the tire tracks photo was the real case cracker.

We decided to stop here for lunch and speak to the staff about the scene shot inside the restaurant. We had the fortune chance to meet the owner, Dave, who told us that he prepared the meal for Joe Pesci and Marisa Tomei for the movie scene. We chatted with Dave for a bit who was nice enough to share some behind-the-scenes info with us. 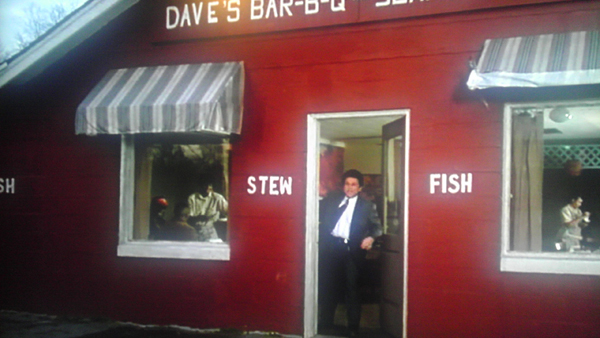 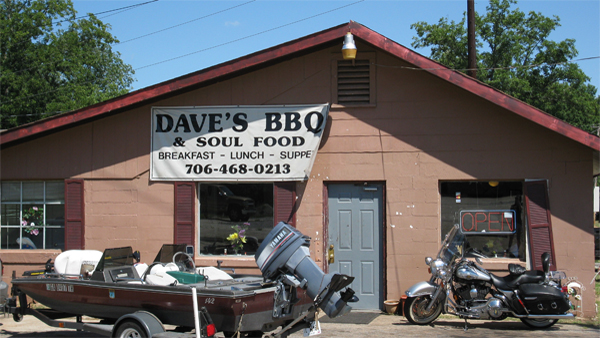 Before we left, he pointed out a plaque that sits on the actual table where Vinny and Lisa shot the the scene. 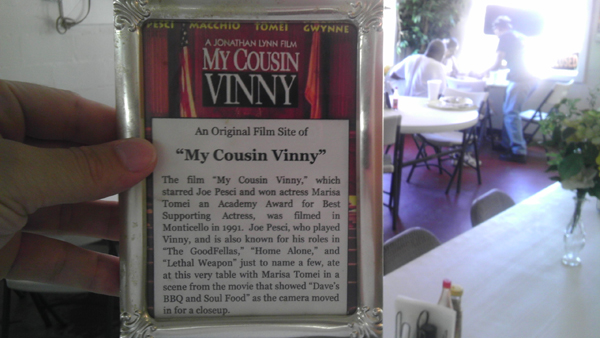