Mitchell’s Department Store
In this scene we see Lisa running up the stairs in search for a one-hour cleaners for Vinny’s suit that fell in the mud at the cabin. Unfortunately, the only store Lisa could buy a new suit in had the flu so she was forced to buy him a “ridiculous looking thing” at Lacy’s second-hand store.

While Mitchell’s Department Store occupied multiple spaces on the block 20 years ago, it has been downsized to a single space over the years. However, the big white arrow painted on the side of the building is still visible today.

This scene was actually filmed in two different towns separated by 22 miles. The part when Lisa got out of the car in front of the Wahzoo City Hotel / Pool Hall and shouted to Vinny, “You f*cking shower, I’ll get your f*cking suit!” was filmed in a town called Mansfield while the staircase scene with the white arrow painted on the brick building was filmed 22 miles away in the town of Monticello. The white arrow is located a few stores down from the Jasper County Courthouse. 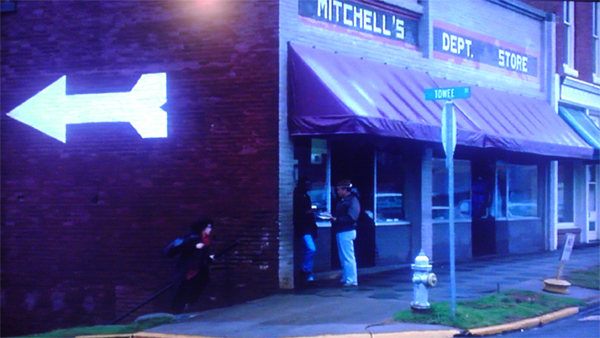 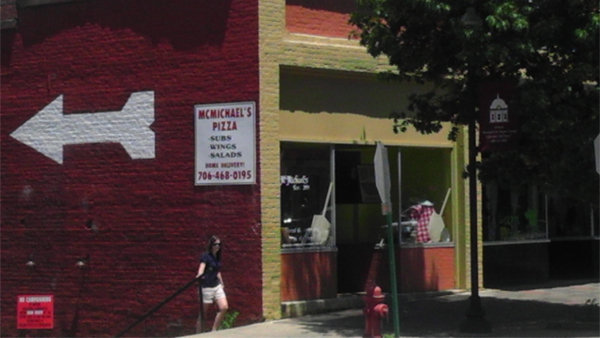