Wahzoo City Hotel (real name: Air Power)
The Wahzoo City Hotel was the very last place Vinny and Lisa stayed in the movie. This is the location where the freight train kept blowing through town at 5 a.m. every morning. It is located directly across the street from the Pool and Chicken.

This building was never a real hotel, however, it was a warehouse that was transformed into a hotel for the movie. I don’t know the history behind this building, but it appears that the building was renovated sometime after the movie was filmed simply because it looks in much better condition now than it did in 1992. The structure appears to be the same other than it used to have double doors at its entrance and currently has a single door accompanied by an awning.

All the Wahzoo City Hotel room scenes were filmed inside the warehouse on the top floor, corner room (the space with the sign hanging next to the windows). Some of the most memorable scenes that were filmed at this location include: Vinny and Lisa waking up to the 5 a.m. train, Lisa bashing Vinny for hunting “a sweet, innocent, harmless, leaf-eating, doe-eyed little deer” with D.A. Jim Trotter, and my favorite… Lisa explaining all that “disclosure sh*t” to Vinny. During the latter scene, when Vinny enters the hotel room with a box of Jim Trotter’s case files, we can briefly see through the hotel window a small building next to the train tracks. This is the same building we see in AMC’s The Walking Dead pilot episode, Days Gone Bye. 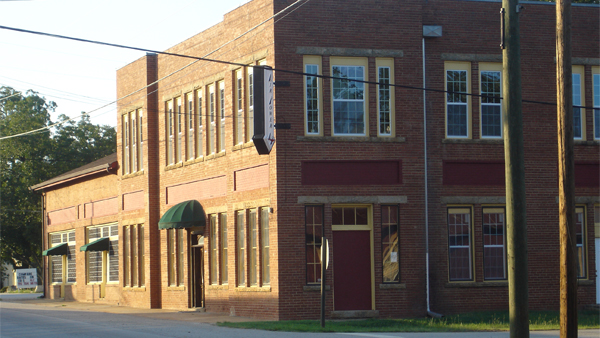